The vertical aspect of this projector printer is the most involved part of the project.

The projector handles all the work of illuminating the surface of the resin across two dimensions. We’ll label these X and Y. In order to go from 2D to 3D we have to be able introduce and control a third dimension, labelled Z.

To do this, the original plans called for the cannibalisation of an old CD/DVD drive. The guts of that drive contain a stepper motor which moves the read/write laser across the surface of the disk. Instead of moving horizontally across the face of a CD, we re-use this entire mechanism (plus a few add-ons) to give us a platform which can be lowered gradually into the vat of resin.

The limitation of using this mechanism is that you get less than 40mm of motion. Think about it, the size of a full CD is 120mm. The head doesn’t need to move over the whole of that, just half. Then you’ve got the hole in the middle and edge on the outside. The actual readable surface on a CD is around 35mm. This is going to limit the “build volume” in my printer when I’m using it in this configuration. I’ll address that later.

I’ve lost the photos I took for the motor I’ve used in the printer, so here is an equivalent deconstruction of a spare CDROM I had lying around.

With the DVD mechanism liberated from the drive housing, I was going to mount it on the frame. The in and out movement would become the up and down motion that I needed. 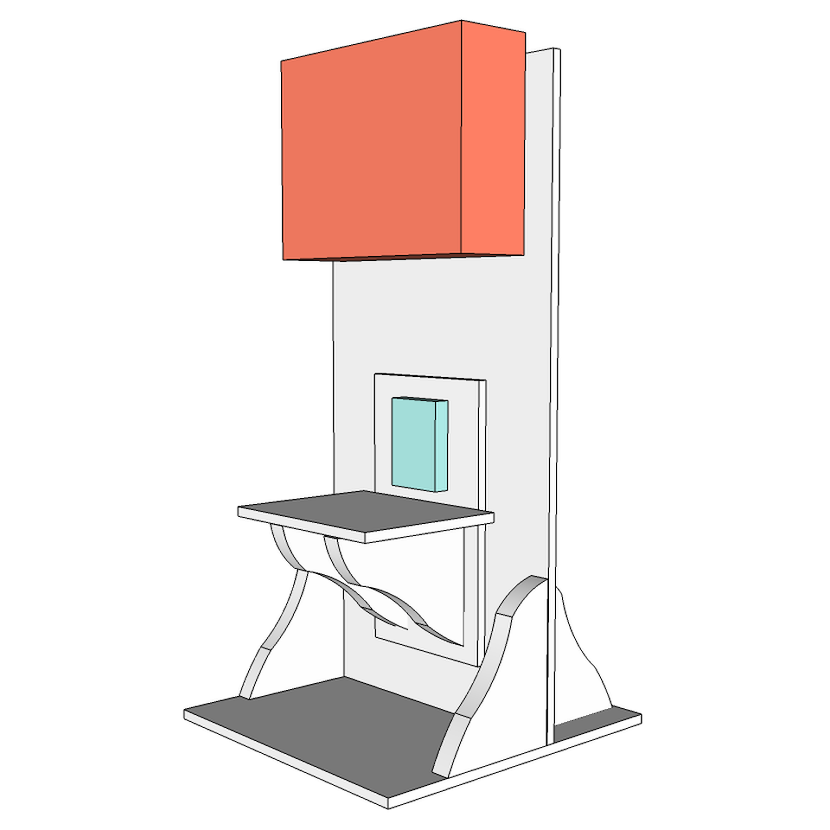 I need to put some shims in behind the dvd part, so the caddy wouldn’t get pinned against the wooden shelf piece. I used some 3mm plasticard that I had in the workshop to quickly create the shapes I needed, then screwed the whole thing to shelf upright with flanged dome head screws.

I found that the caddy had two 3mm holes, so I pushed through two m3 bolts and made two gripper jaws out of the plasticard and held them in place with a couple of m3 wing nuts. 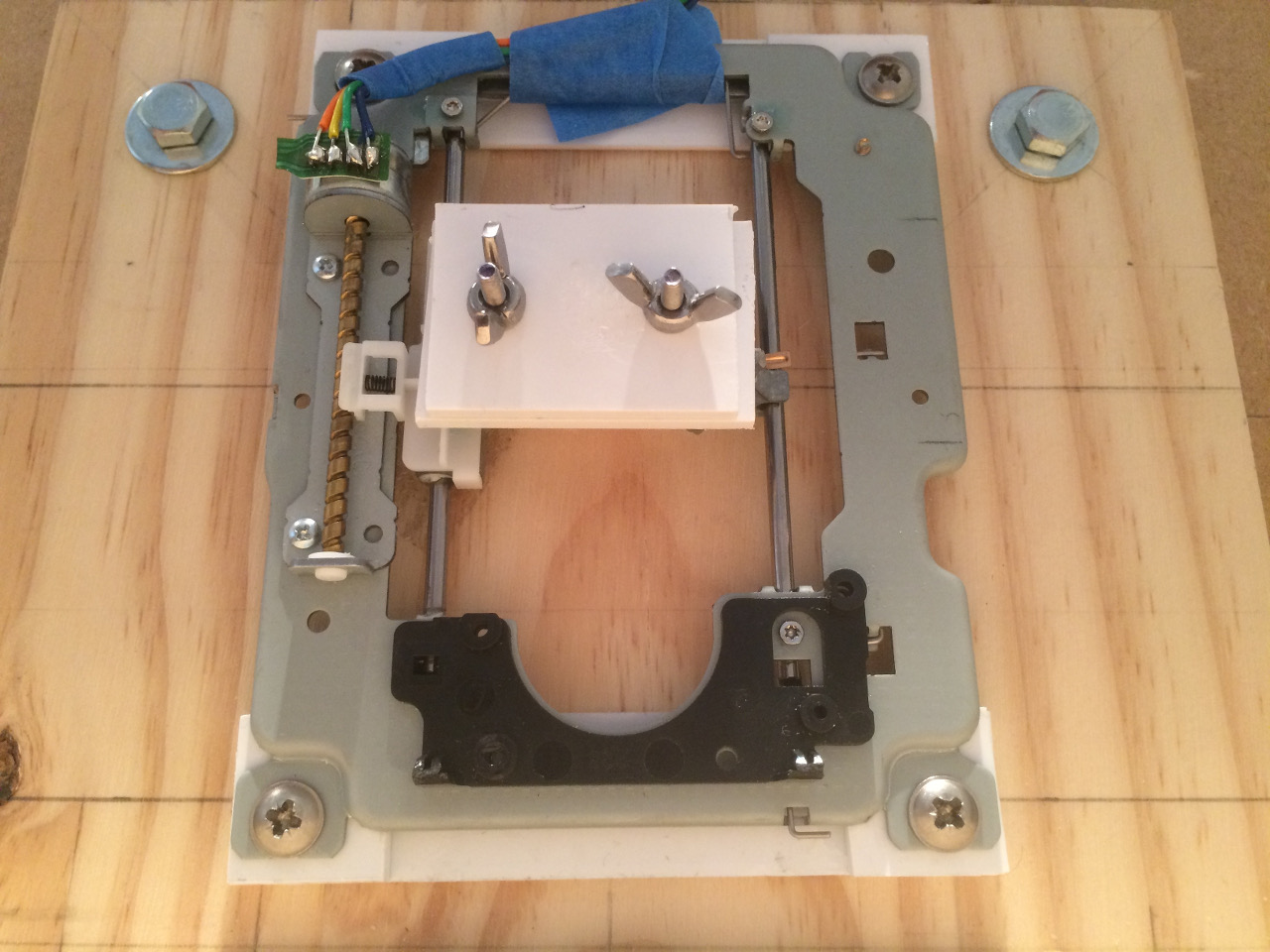 Into the jaws, I would fit a piece of metal that would be lowered into the glass jar. To make this print bed, I used the bottom faceplate from the DVD drive. 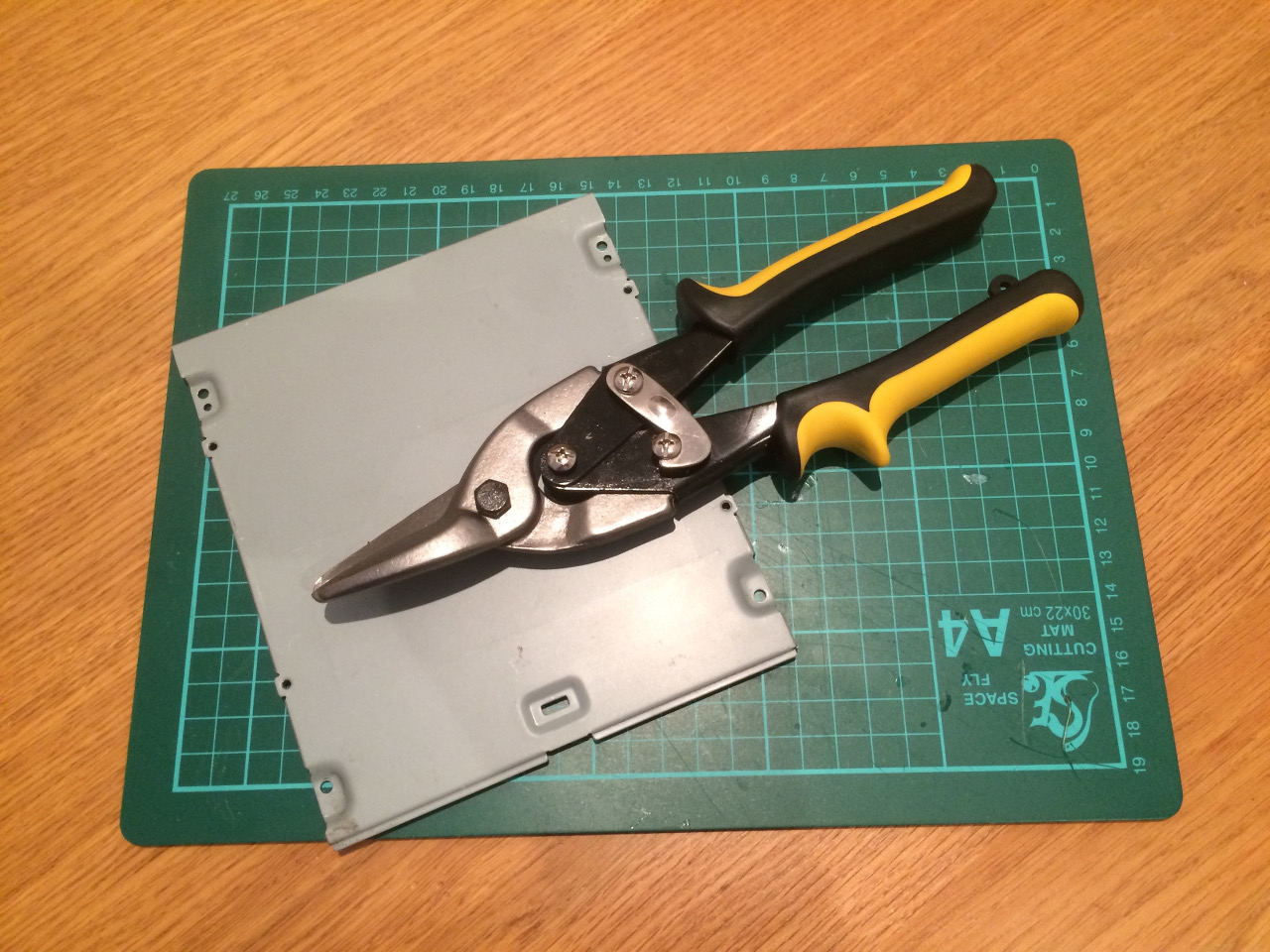 Most of the parts for this were delivered to the house from eBay, these snips were no exception. This also accounts partly for the extended build duration.

I took the faceplate and drew a down the middle with a Biro. At the bottom I drew a 50mm circle and then I expanded the line out to 20mm, which would be the vertical strip.

I snipped it out roughly, then went back and tidied up the shape more closely to the line. I found that snips worked better if  you’re taking away little pieces of metal, rather than large chunks.

I bent up circle at right angles to the strip and I put the metal into the glass jar. I marked how far up the strip, the top of the glass came and bent the strip around a pencil to give me a curve.

I then trimmed the width the remaining strip down to 10mm and this was the result. 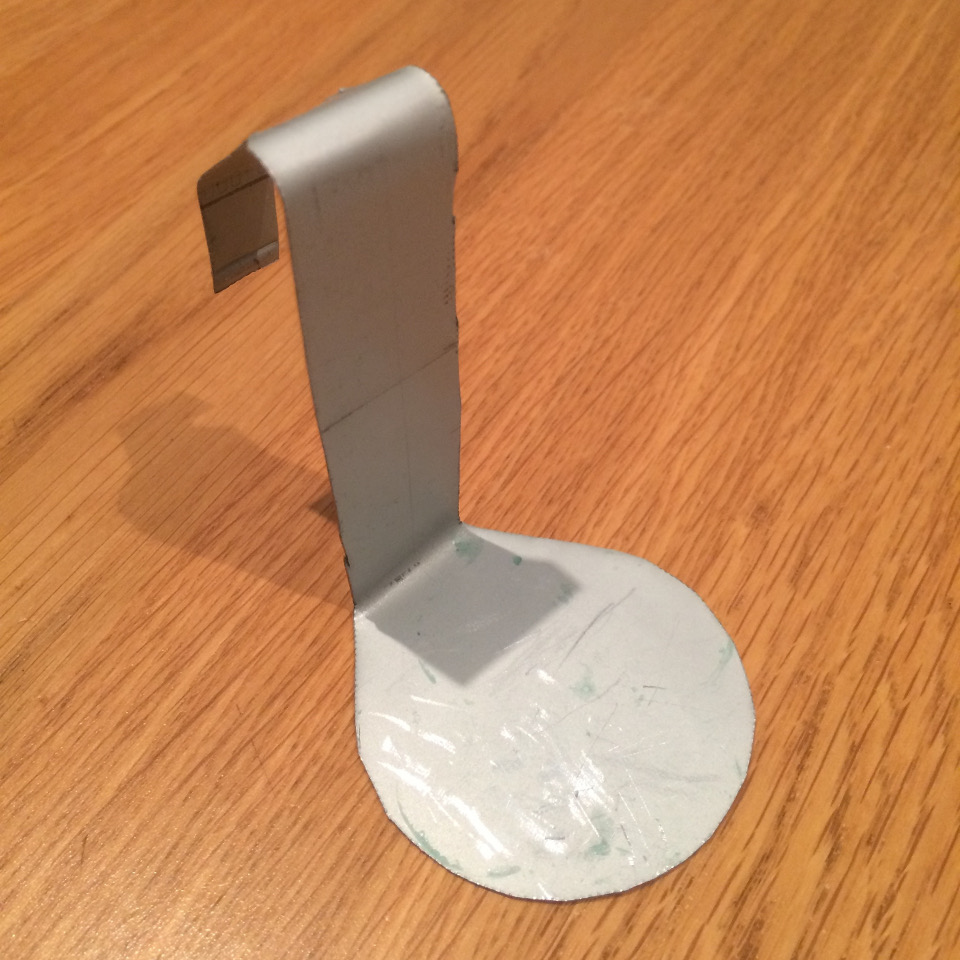 This is the print bed after it’s been used a little, you can see some surface wear and tear.

The end of the strip fits between the two jaws on the caddy and are held in place when I tighten the wing nuts. 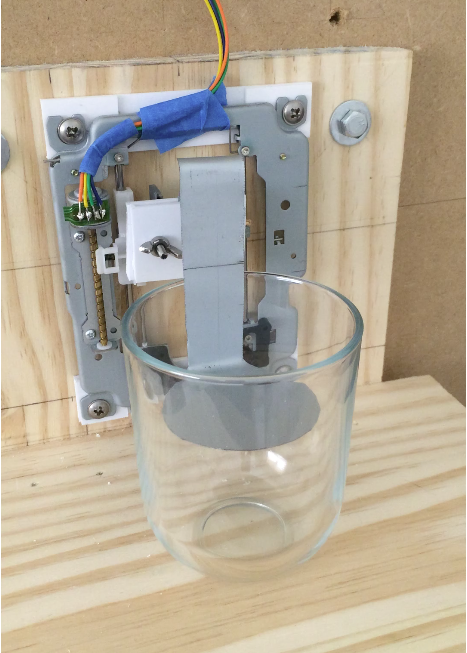 Next page goes into the second part of the z-axis, the computer control over the motor.