The most important aspect of the this printer, is the fact that a DLP projector is supposed to kick out light in wavelengths past both ends of the visible spectrum.

Reading about it is one thing, being able to test that this works is another.

Once I had the shelf in place, I decided to run a test. This would answer two questions I still had in my mind.

I connected the projector up to a laptop and loaded a test 1cm cube model into the CreationWorks software. Both of which I had from the original Instructable.

I poured a small amount of resin into one of the plastic jars I’d been collecting and put that on the shelf so the projector would illuminate it. Gave it a fresh cup of really hot tea and turned on the slice viewer so that a 1cm square shone onto the jar.

I didn’t really know how long to leave it on, so I counted for a few Mississippis and then switched it all off. Nothing went bang, so that was a good first result.

I tipped away the resin that was in the jar and I found this. 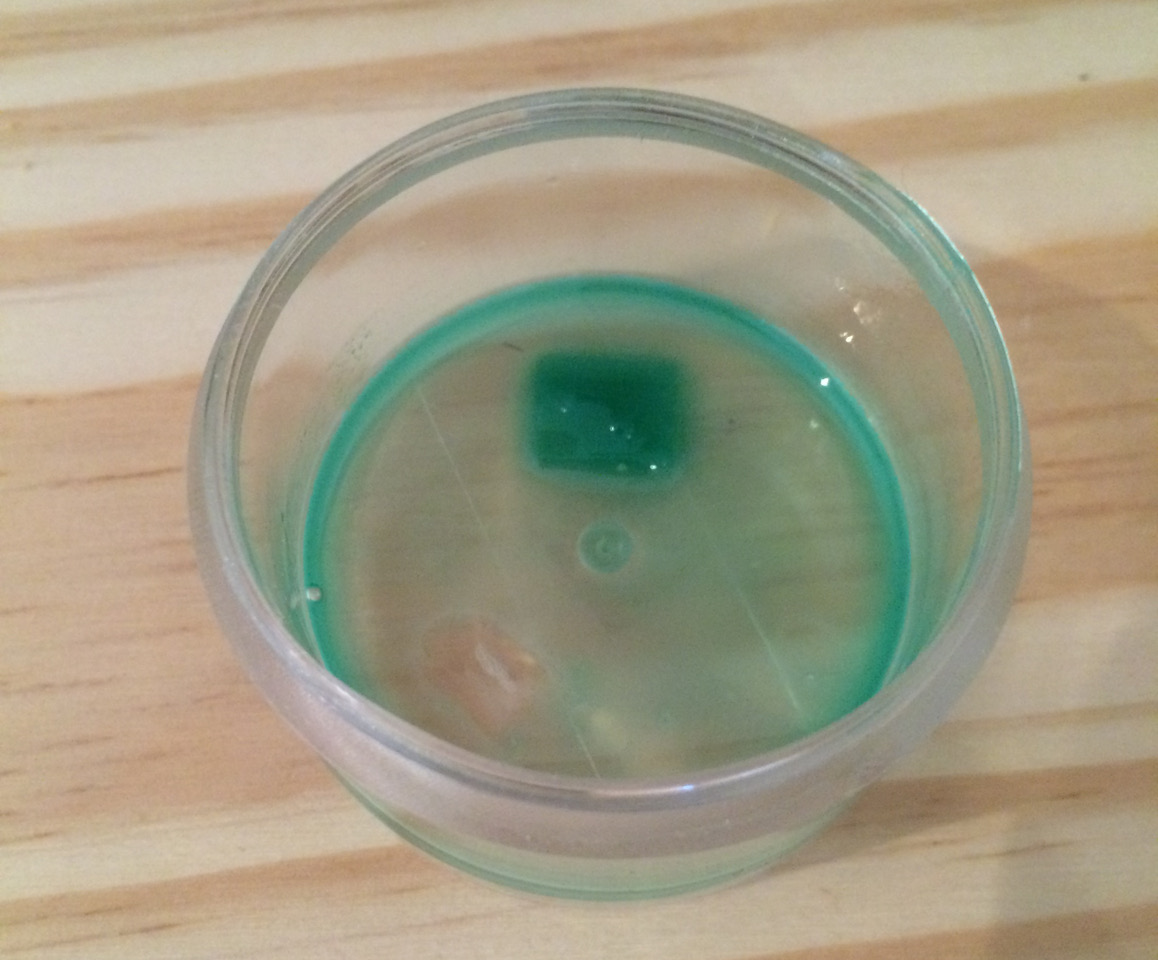 YES…….. The light from the projector DOES cure the resin.

I removed the printed square from the jar and found that it wasn’t really square. 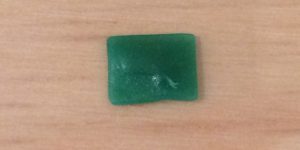 It wasn’t really a rectangle either. The horizontal (x) dimension was about 1cm but the vertical (y) dimension was squashed. I think a few tweaks were needed in the settings in CreationWorks. Calibration is the bane of 3d printing.

You’ll also notice that only three of the edges are straight. This noticed was down to an imperfection in the base of the jar. It wasn’t flat-bottomed and as I’d printed straight into the jar, I was a the mercy of whatever shape the jar was.

It’s also a little lumpy in the middle but I think that’s down to counting Mississippily and not using a controlled exposure time.

I washed out the plastic jar after all of this and found that the surface of that jar was no longer transparent. There had indeed been some reaction between the resin and the plastic. Long Live Nutella.

Next on the build list was the z-axis, which I’ll explain on the next page.